looking forward to some sun.....

Once again, the rain has put a damper on my goals in the last week, so with a chance a partly sunny weekend coming up, I plan on taking advantage!! Although I have a lot of work to get done, I also plan on having some fun in the sun - the pool is also calling my name.... 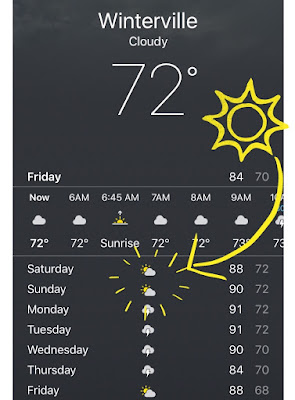 I may sound bummed about not getting a whole lot of nothing done this week due to the weather, but the reality is, I am sooooo happy I haven't had to buy hay, the high yesterday was 75 (yes - seventy-five!!!!), and everything is so lush and green. The mornings are foggy, the walks are magical, and our power bill has also been lower than ever before!!

I am also feeling a little more fashionable these days - that gym time is finally starting to pay off! With that being said, I am also feeling the urge to do something a little different with my hair. I am feeling allllllright! My bangs have finally grown out of the weird stage, and I may get a little trimmin' and a new color - since my bday is coming up - !!! I even booked myself a facial - the first one ever!! 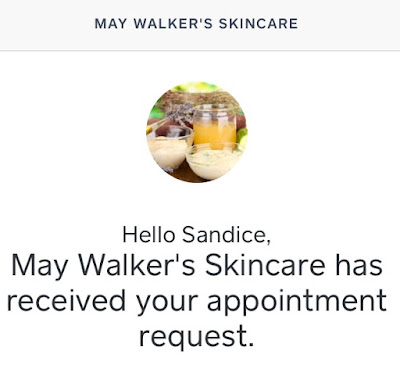 My dad was a big John Lennon fan, and in the last week I have been thinking of him a lot... I was listening to this song and got curious about it's meaning... this is what I found:

"Everybody was going on about karma, especially in the '60s," Lennon told David Sheff, "but it occurred to me that karma is instant, as well as it influences your past life or your future life. There really is a reaction to what you do now. That's what people ought to be concerned about. Also, I'm fascinated by commercials and promotion as an art form. I enjoy them. So, the idea of instant karma was like the idea of instant coffee: presenting something in a new form. I just liked it."
Lennon wrote  "Instant Karma!" in less than an hour. He called up George Harrison, hoping to quickly put the song to tape that same evening. Harrison then contacted Spector. "John phoned me up one morning in January and said, 'I've written this tune and I'm going to record it tonight and have it pressed up and out tomorrow -- that's the whole point: 'Instant Karma,' you know,'" Harrison later remembered. "So I was in. I said, 'Okay, I'll see you in town.' I was in town with Phil Spector and I said to Phil, 'Why don't you come to the session?' There were just four people: John played piano, I played acoustic guitar, there was Klaus Voormann on bass and Alan White on drums. We recorded the song and brought it out that week, mixed -- instantly -- by Phil Spector."

Well, anyway - I found that to be pretty interesting and did not realize how quickly it was written, recorded, and released.

I am so happy it is finally Friday and am looking forward to playing on the farm in the sun - let's hope the weather sticks to it's forecast.. ;) I have lots of emails to check, and a few things to get ready to ship out before walking Eddie, showering, and heading to the office.....