So over the last week, I have been learning the real duties of actually STARTING a farming project - you see, Jason already had fencing in place, fields ready, and experience from growing up with pasture raised animals, so I wasn't really exposed to the down and dirty part of it all that he grew up doing . . . . . until now.
The gardening part is pretty fun and rewarding, although I am a little behind as far as putting things in the ground...I have been working very hard on starting plants, though, and have quite a few ready for their garden box! I am so excited that all of these plants have sprouted from seeds that I purchased from "Seeds of Change"  - an organic and heirloom seed company that is GMO free. I have transplanted many of them into larger containers for "hardening" and hope to plant them this weekend!! 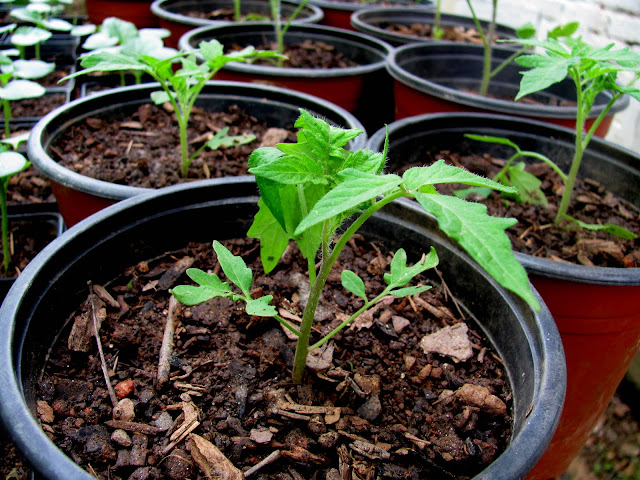 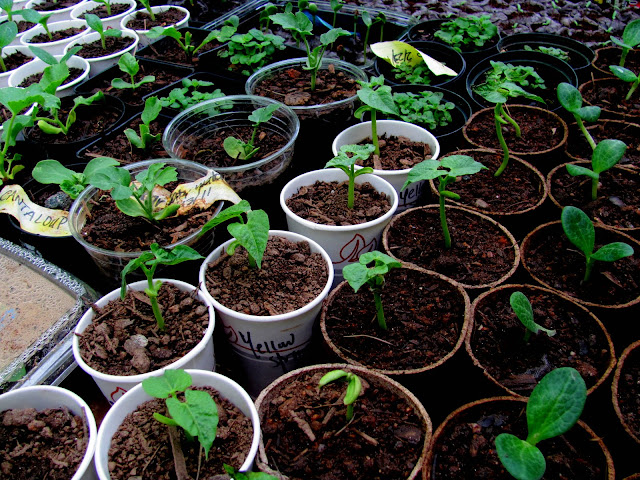 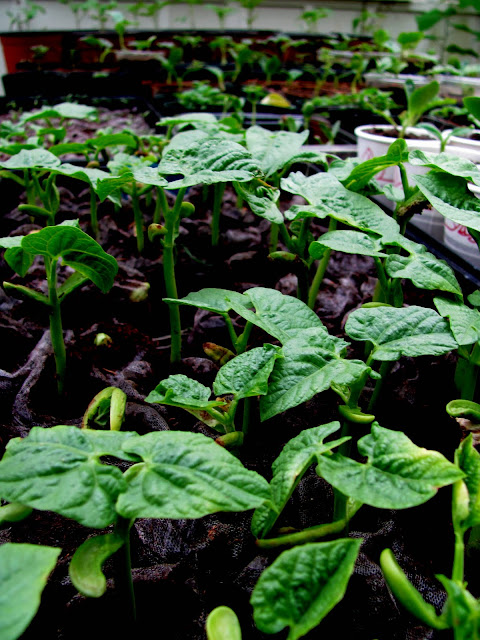 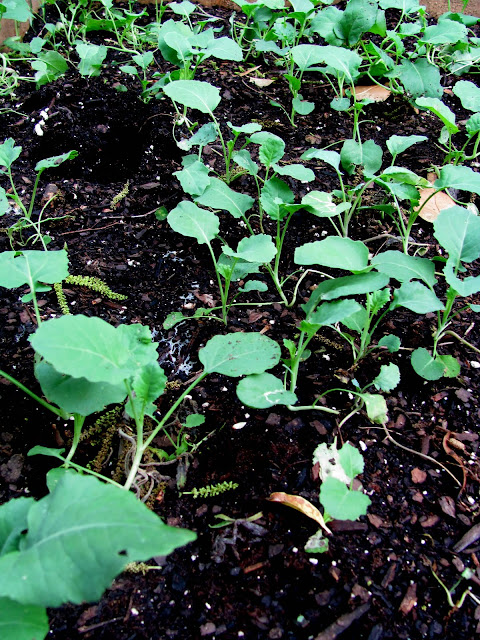 In the previous post I had mentioned that Jason was going to raise up more livestock than could be handled on the "acre', so we decided to move it somewhere that would be more convenient to manage on my own. Quite a humbling experience so far to say the least, but also very rewarding!
The fence at the new place was in place on three sides, but needed some patching done and about 270 feet of new fencing installed. Luckily for me, Mark, from the "About An Acre" carpenter team offered his help in installing the fence and the use of his fencing tools, stretching thingy, and post hole driver. I wanted to do half of the work myself to get a real sense of accomplishment and Mark let me have at it. It took us all day, but it looks great and I am very proud of it! 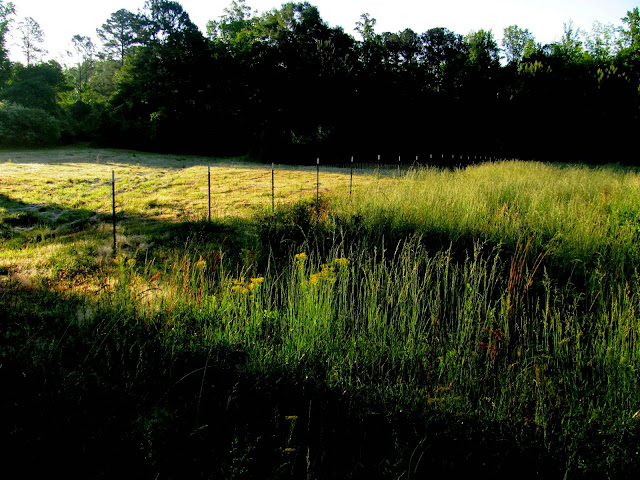 Yesterday, I had the day off work and Mark & I started early on the new chicken coop. His wife, Jennifer had painted hers a rainbow of awesome happy colors, and I liked the idea so much, I wanted mine done in the same fashion! These chickens are gonna be so happy in the new colorful coop! 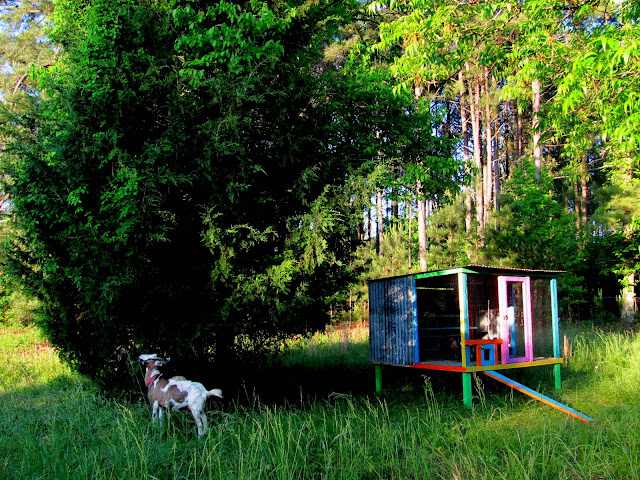 After finishing the coop and double checking the fence line just one last time, we headed over to pick up the "About An Acre" crew: Eli & Ellie (the very first goats for the acre), Ellen (their cute little offspring), and Misty and Milly (two Saanen doelings purchased for a future in dairy goat milking).
They met Forest and Speckles, the two resident sheep, that have lived in the field for the last two years since they were just little baby lambs, and seem to get along well with them. After exploring until dark, I rounded up all the animals and put them in the barn for the night.
When I arrived early this morning to feed Misty and Milly and let everyone out for the day, the sheep were cuddled together, Eli was cuddled next to Ellie and Ellen was on the other side of Ellie (so sweet the whole family sticks together!) and Misty and Milly were snuggled up to one another. I opened up the barn door and they were excited to go out and explore some more. 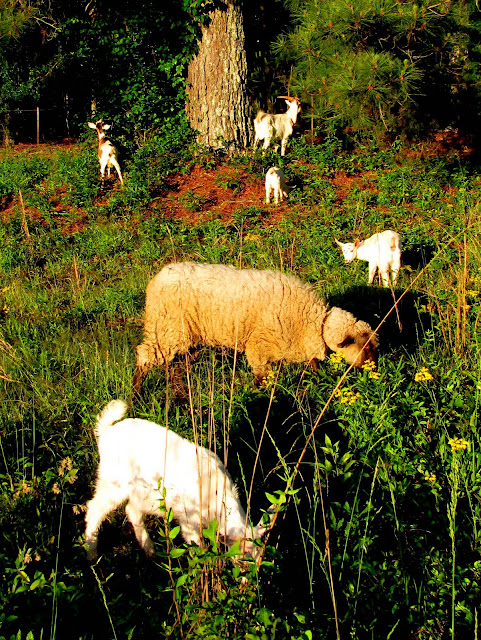 Its funny how Ellie and Eli have been apart for two months, but are sticking together like glue just like when we first got them - and Ellen of course is always next to her mama. 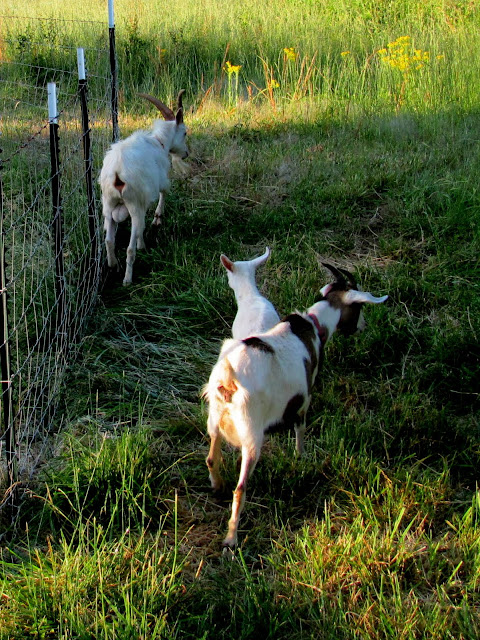 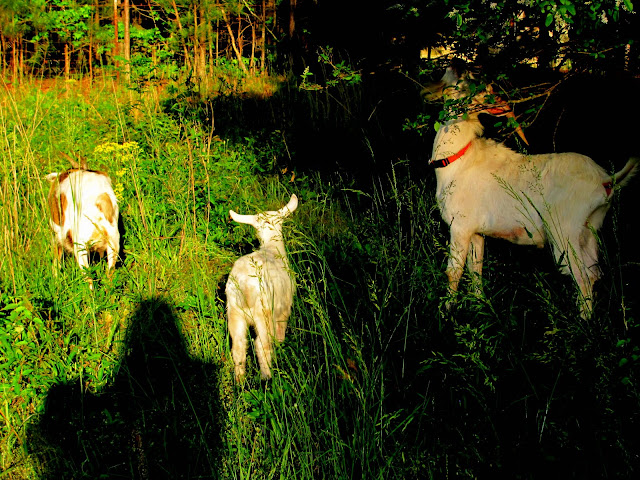 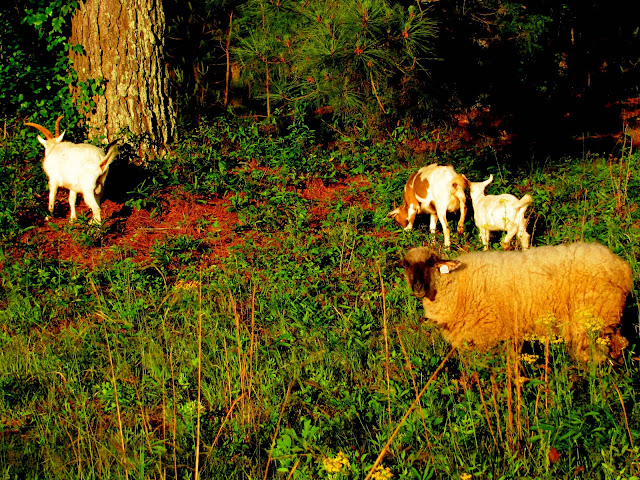 The sheep seem in awe of the little babies in the field and just watch them as they jump and flip and swirl about in the tall grass. 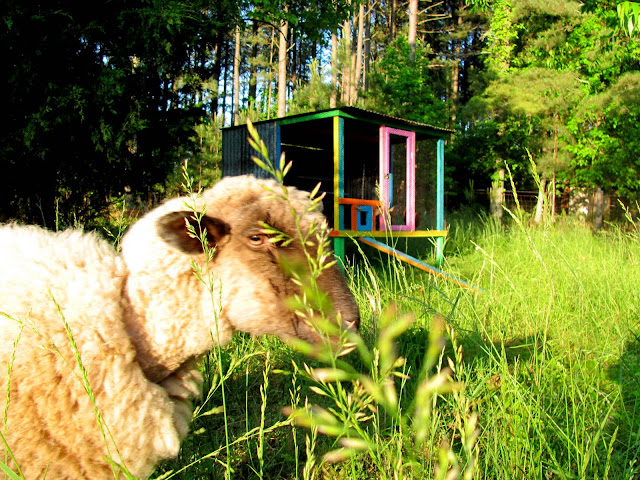 They sense that I am about to leave and they all run from the field and back to the barn telling me that if I stay, I will have waaaay more fun than if I leave and go to work. Sounds like a great plan, but I gotta make some money to cover this move. The drive back is short and sweet and easier that the previous commute - things are off to a great new start! I think this weekend I will be heading out to Jason's farm to see how the Boer goats, hundreds of chicks, and baby turkeys are doing as well as his gardening is going thus far.

Hello readers!! All of the blogging now happens on the Instagram page! Click the Insta tab above to see daily posts! The more complex posts and weekly mixtapes will still show up here. Thanks for all the support over the years here at this site!