The first week of June, a pitiful pittie from the local shelter had caught my eye needing a medical foster after having both eyes removed. This was the first I learned of a little pibble named Poptart. She'd been picked up as a stray by the local animal control, with a ruptured eye, and was taken straight to the vet for a double eye removal, many thanks to the nonprofit organization, AthensPets that funds medical cases for the county pound.

She was growly, snarly, and wouldn't let anyone get near her that day, and the officer had to use a catchpole to get her. 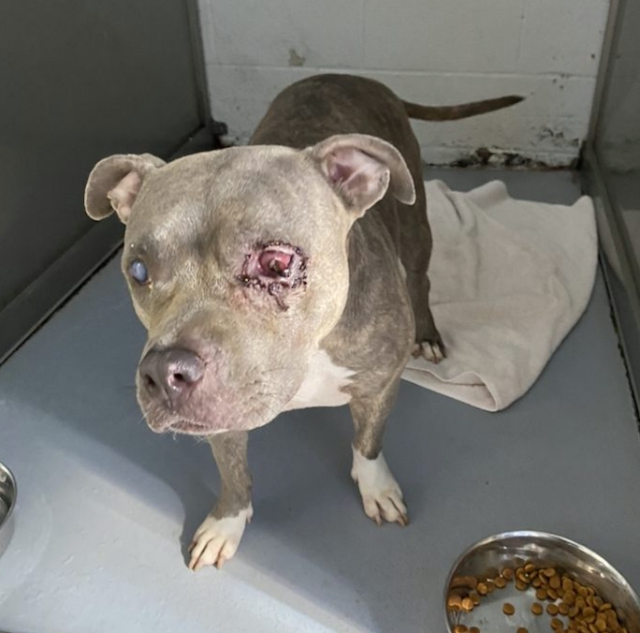 Well low and behold, no one stepped forward for Poptart, and guess who picked her up from the vet?  Yep. Me. So, since I didn't actually think I'd be picking her up, I never mentioned to Christian that this might even be a possibility.... I sent him a text that afternoon about 30 minutes before I'd even met her, letting him know I was fostering just for the weekend. He, just like he always has, went along with it... (damn I hit the jackpot with him).. 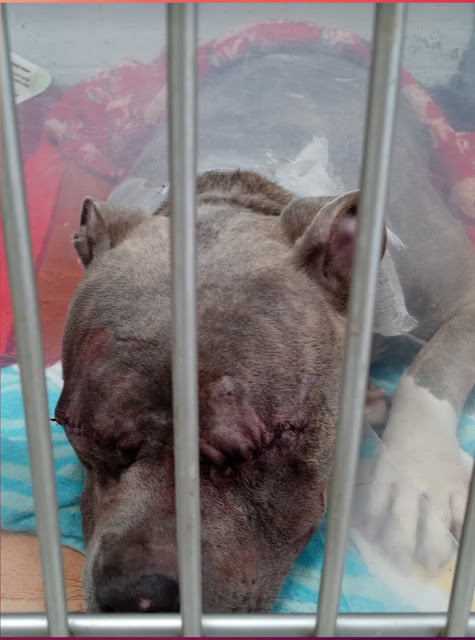 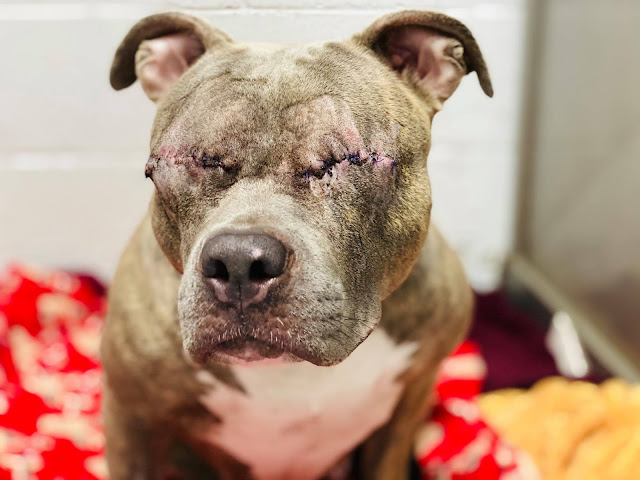 I got off work and headed to the vet to pick her up. OH MY GOD. This baby is waggly, wiggley, and only slightly hesitant when walking out with me. She ran full force into a chair leg as she was being walked over to me by the vet tech, and that caused her to bleed a bit, but they cleaned her up and off we went. I picked her little chonky butt up, put her in the car, and the whole ride home she was just sniffing the air with her nose pointed to the sky (I had the windows cracked).

Due to the fact I hadn't really planned for this, and wasn't actually prepared, I had to call a friend over to babysit Poptart outside in the yard while I washed the crate, and made a space for her crate in our little house. I also tried to Poptart-proof the house in a hurry. I planned on Poptart spending a lot of time in the crate, just for safety reasons - especially since I saw how easily she could hurt herself. 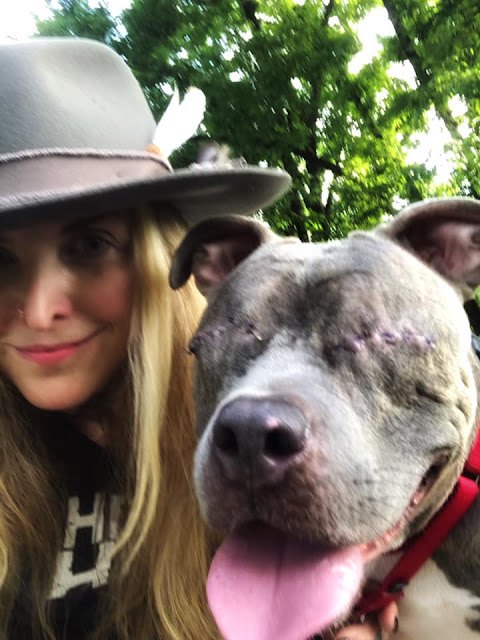 My friend left, I brought Poptart inside, and what happened next blew my mind! She started mapping out our house instantly. She crouched low and started putting her paws, one at a time out in front of her, taking note of walls, doorways, and furniture. Since she was moving super slow, I allowed her to do this as long as she wanted. After about an hour, she was walking around the entire house, like she'd lived there her whole life (we even still have our Christmas tree up, so I guess that is a permanent fixture now - bahahahahaha!)!!

It has now been just over three weeks since she has been with us and we ADORE HER. Most specifically, she has filled a void in Christian's heart from when Baby died. If you've been a reader for a while, you may remember Baby. She was our sweet pitbull that passed away in 2015. I swear Poptart acts eerily similar, and I have accidentally called her Baby more than once. You see, Eddie definitely helped with that pain - and he came here to live with us just months after Baby left us, but he wasn't much of a snuggler. Reece is 100% my dog, and just has so many trust issues with people that he's never made friends with Christian. I have felt a little guilty since Eddie passed that Christian didn't have a pup companion like I do..... until now. Poptart is a master snugglebug and to see her snuggled up to Christian when I leave for work makes my heart flutter... 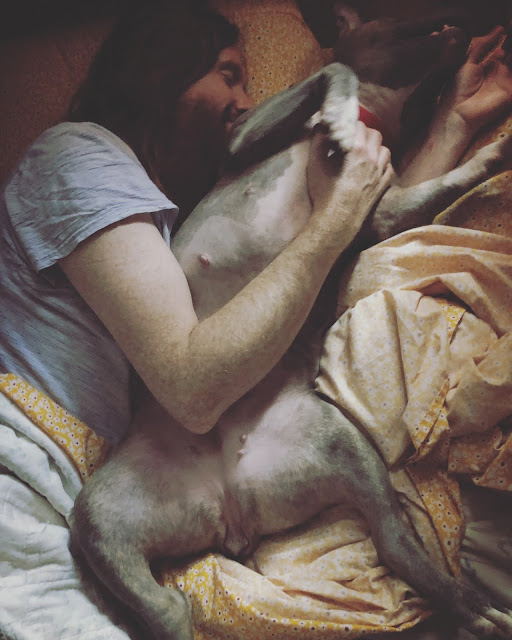 This is my heartbreaking theory..... I truly believe that someone - and my guess is it was a kid - loved this dog so much. She slept in the same bed, shared meals with, and even played with toys with this someone... Poptart likely was born with glaucoma, this kid's parents for whatever reason didn't get her treated for it (maybe they were poor, maybe they didn't know it could be treated), her eyes ruptured, and then she was dumped. Maybe the kid came home from school one day and the dog was just gone.... Just my speculation, but this girl has most definitely known great human connection....

Regardless of the sad situation she found herself in, I am so happy she landed with us! If you'd  like to keep up with her, she has her own Instagram @poptartthepibble and updates her life daily there!

Anyway, happy Monday and now that I have gotten into a new routine with our new girl, I should be back to posting regularly again!