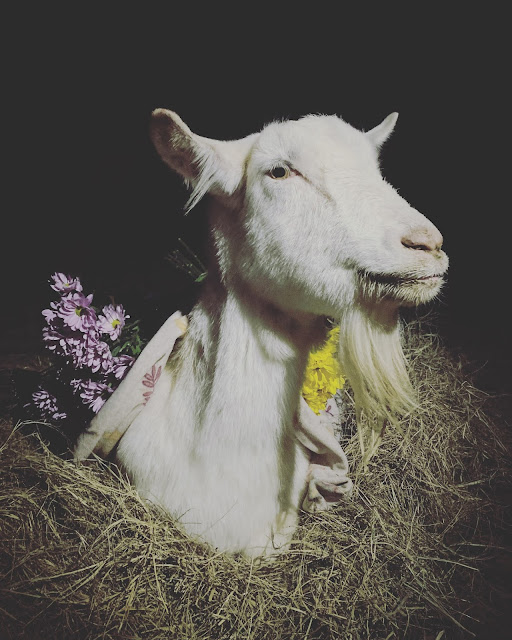 Wow... what a crazy beginning to 2021. For starters, I was already dealing with my sweet, sick Misty. Then last Tuesday she seemed to go downhill, and fast. She was shivering, lost all mobility quickly within 24 hours, refused to eat or drink, and her eyes looked lifeless. After spending all day with her, and inviting friends out to give hard-to-resist snacks, and farewells, I called the vet out to end her suffering because I was sure this was the end of her story. 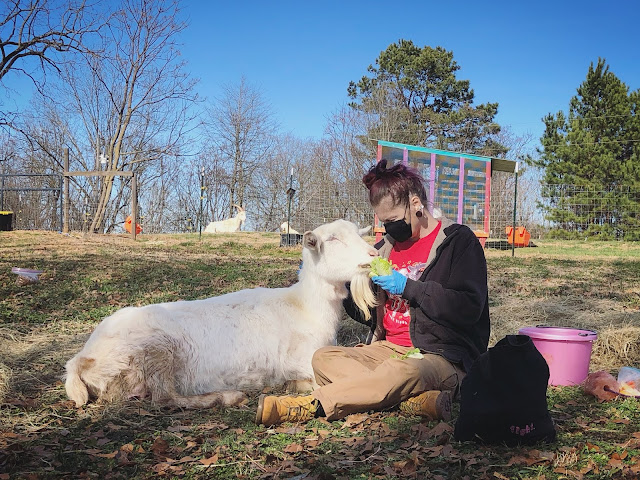 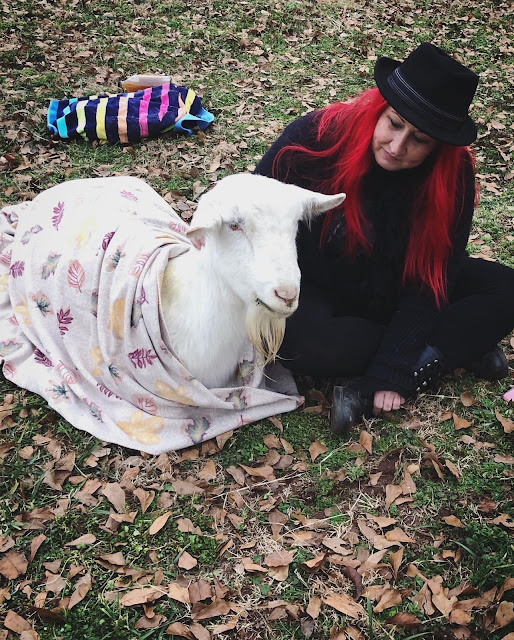 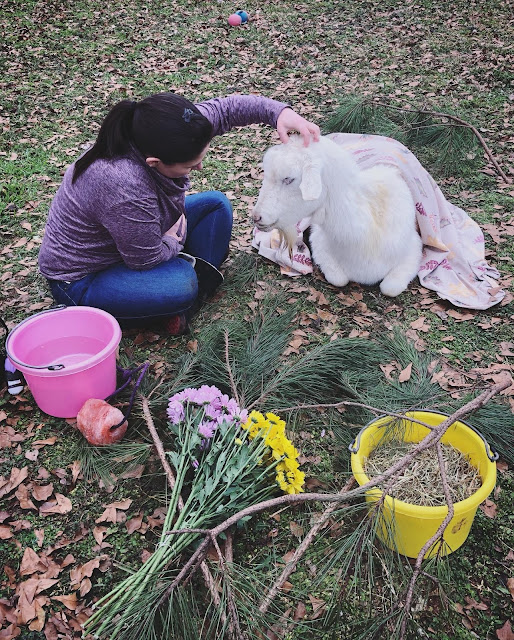 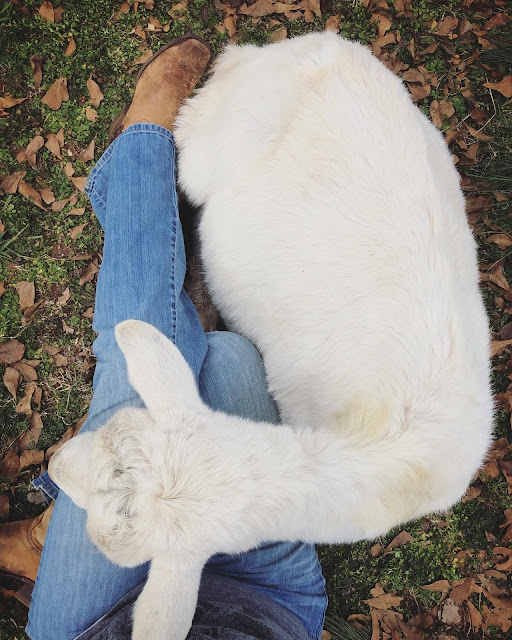 The vet was able to come out late that evening - after dark. I met him at the gate and told him I thought it was time - that I couldn't stand to see her suffer like this anymore. He checked her over and mentioned the possibility of a meningeal worm infection. The idea that she had become lame from something totally unrelated to her mastitis never crossed my mind. He said something like he didn't think this was the end for her, and the issues she has are all treatable... then he said "Let's try. What's the harm in trying?" 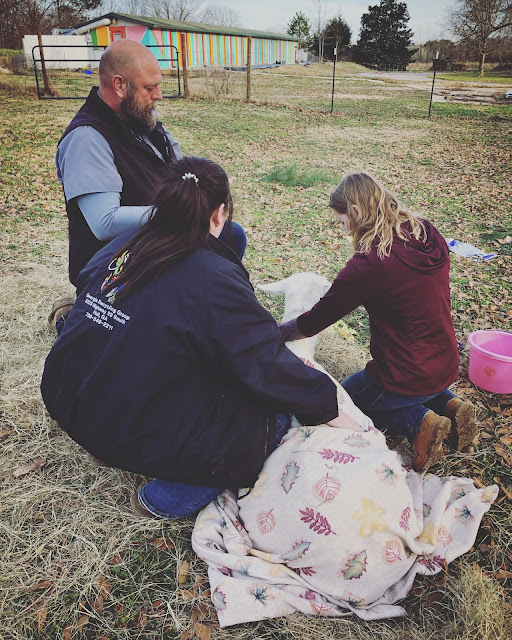 The vet suggested starting treatment ASAP for the meningeal worm (which causes temporary paralysis and possibly death if not treated in time), switching up her antibiotics for her mastitis, and giving her "three days" to see how things are. I was emotionally and physically drained from the previous month and a half of her care and administering shots, etc., and I still had mixed feelings about being talked out of a decision I had come to peace with....  but I decided to 'try' one last time and see where she was in a few hours (literally later that night), and miraculously she was eating, drinking, chewing cud, and not quivering anymore - she was still unable to move, but having dealt with this meningeal worm before, I know this is expected for several weeks...... My mind was a little blown, but I was still skeptical and would again see how she seemed the next day....

Next day, she was still bright eyed, had a great appetite, and I was now more onboard with the treatment plan. This would be a huge undertaking and lots of work. The use of steroids is usually part of the regimen when dealing with the meningeal worm, but since she is also fighting an infection, steroids are not an option. I started researching ways to sling her (being upright helps her systems from shutting down and also helps with less loss of muscle memory), had a few friends come help, and after a few failed attempts, I finally came up with a hoisting system that I could manage on my own. 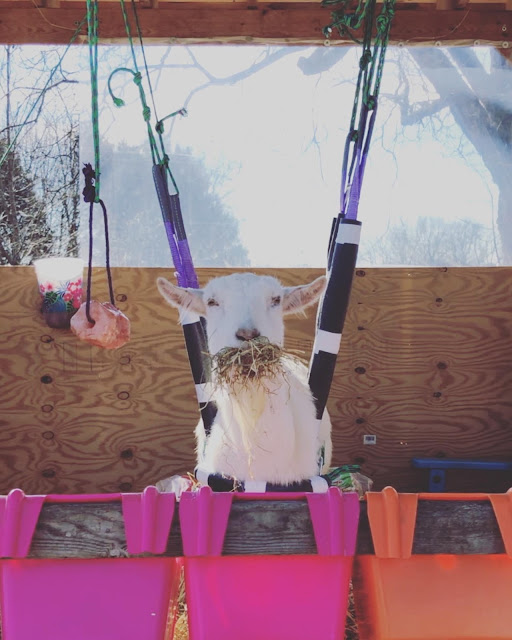 Today marks a whole week since Misty took her last walk on her own and then quickly declined. The vet has been out five times and also called to check on her over the weekend and has absolutely been wonderful in treating her as well as educating me a bit on the reality of things like this. Over the last few months, I cannot tell you how many times I have said "I don't want her to suffer" and although this is a very heavy thing on my mind, I also know from personal experience that sometimes suffering is a big part of healing.

I have had friends and strangers both addressing their concern over what I decided to do - to change my mind about 'ending it' for her and to take on this to some seems like I am "keeping her alive" rather than treating a totally treatable illness. First of all, I would never choose to "keep her alive" if it didn't seem like she wanted to fight to live. She had a really bad day last Tuesday, and we learned this was due to a new issue she developed. An issue that can be resolved with modern medicine and a little dedication and hard work. If she starts having more bad days, I will choose to make hard decisions about what needs to happen. 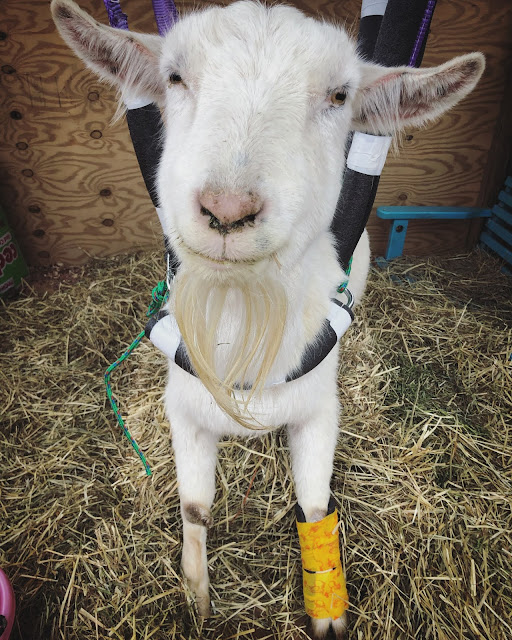 Let us not forget that I took on a few days old baby cardinal that I was informed would likely not survive.... I went on to feed that little thing every 30 minutes as instructed by a doubtful and very experienced rehabber. I don't give up that easily, and the cardinal thrived while in my care. 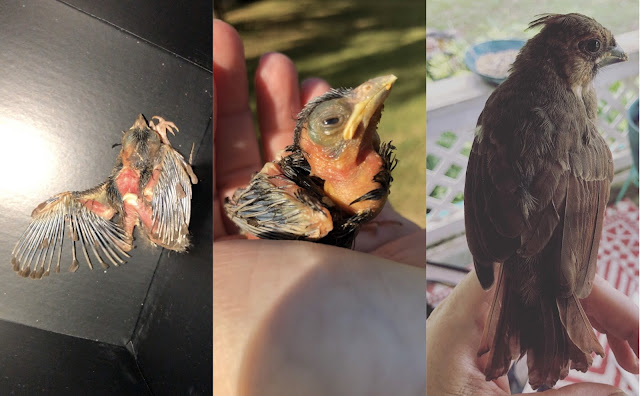 I may get tired of the hoisting, and the shots, and all the other stuff that goes along with Misty's healing, but as long as she lets me know she's in the fight, then so am I. 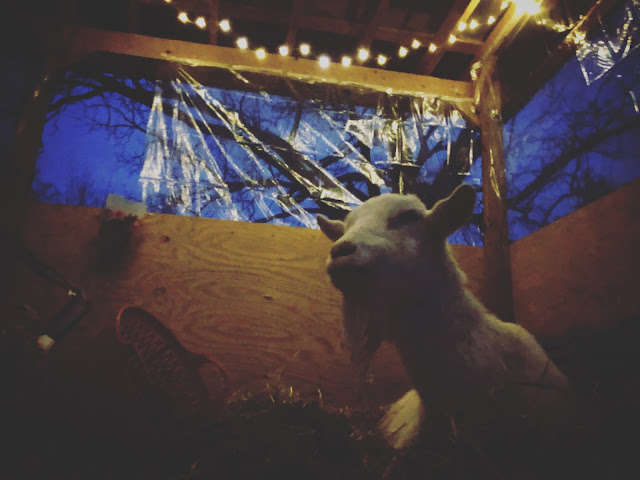 I hope you all have a fabulous Tuesday and if anyone want's to help out with vet costs for Misty, my Venmo is @frugalfashionablefarmer - Thanks for all the continued prayers and good vibes - I SO appreciate them!!!