A new 'lil donkey, a new nubian goat, and the start of the greenhouse project...

Wow! What a day!! So much accomplished in such a short period of time. I was so excited to get started on this greenhouse. I arrived at the farm around 11:30am and we immediately left to pick up Lucky, a one year old Bethlehem jack (male donkey). I had never heard of a Bethlehem donkey, but it has a cross that stretches down its back and across its shoulders and the legend goes like this:
"Legend tells us the donkey that carried Jesus into Jerusalem on Palm Sunday followed Him to Calvary. Appalled by the sight of Jesus on the cross, the donkey turned away but could not leave. It is said that the shadow of the cross fell upon the shoulders and back of the donkey. A cross marking found on many donkeys today remains a testimony of the love and devotion of a humble, little donkey." 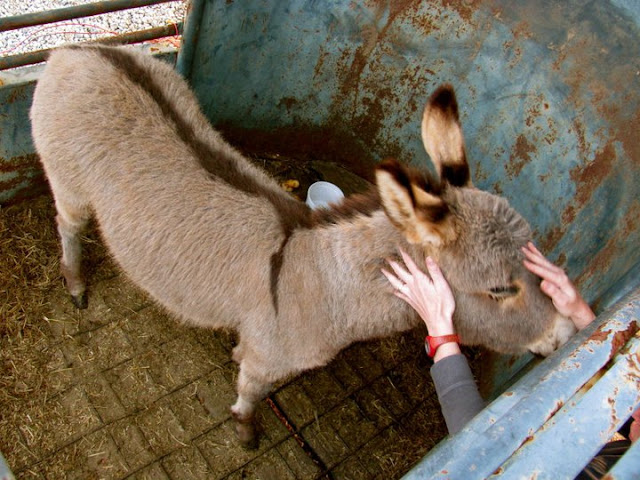 We get back to the farm and poor little Lucky is already missing his mama so we decide it is best to leave him in the trailer for his own safety - we don't want him to try to escape and get hurt if he attempts to try to find his mama. I am already completely in love with this sweet thing, trying everything to make him feel better. I have turned into a baby-talking weirdo and then realize it is time to start on the greenhouse.....
The frame of this thing seemed like it would be a piece of cake - we actually drove past someone's place and this carport frame was sitting outside. Jason called a few days later to ask the owners how much they would take for this skeleton of a possible greenhouse....$250 later and we even talked the guy into disassembling it and delivering it to the farm. Pretty cool, huh? .... uh..... yeah. Well, the thing wasn't so easy to put back together. It had rusty screws and a few broken pieces. We did what we could then headed north about and hour away to pick up a few chickens. 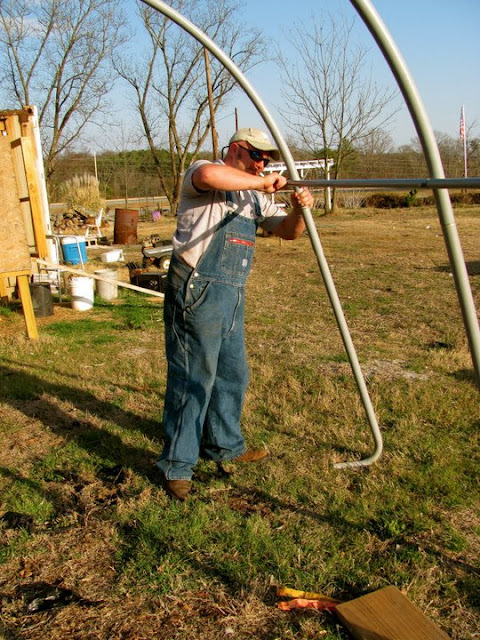 Well, there was a beautiful Nubian dairy goat that Jason decided he just HAD to have. Now, we had no intention of hauling back a goat and therefor didn't have a trailer or a goat pen to put this girl in. What does Jason do? Loads her in the truck with 6 PEOPLE. Yes. You read right - the FULL SIZED Nubian goat rode in the back seat of the truck all the way home.....a full 45 minutes away. That night Jason was able to put her in the field with the others and milk her and she fit in just fine. 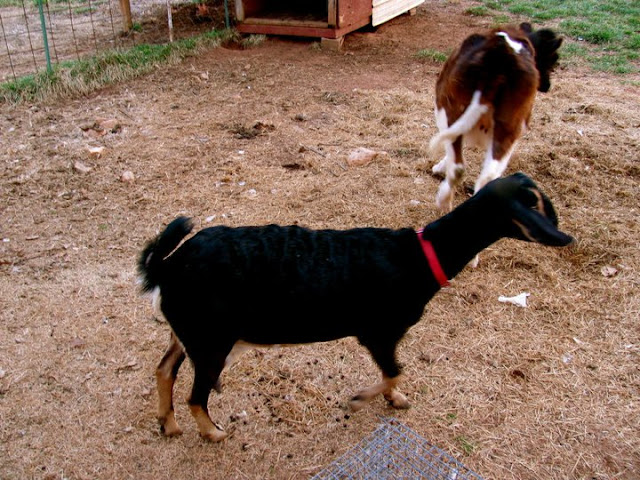 As far as the rest of the animals, Eli is better than ever, Ellie is still just a little sweetheart, Taco is becoming more friendly, and Brutus is keeping an eye on his new family and keeping them safe from the foxes and anything else that comes close to the field. 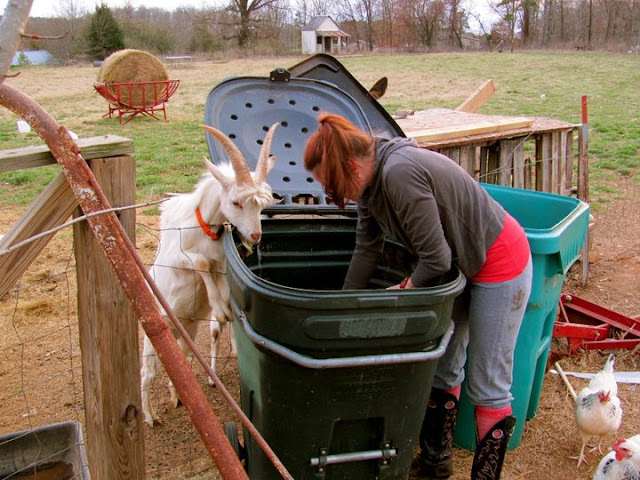